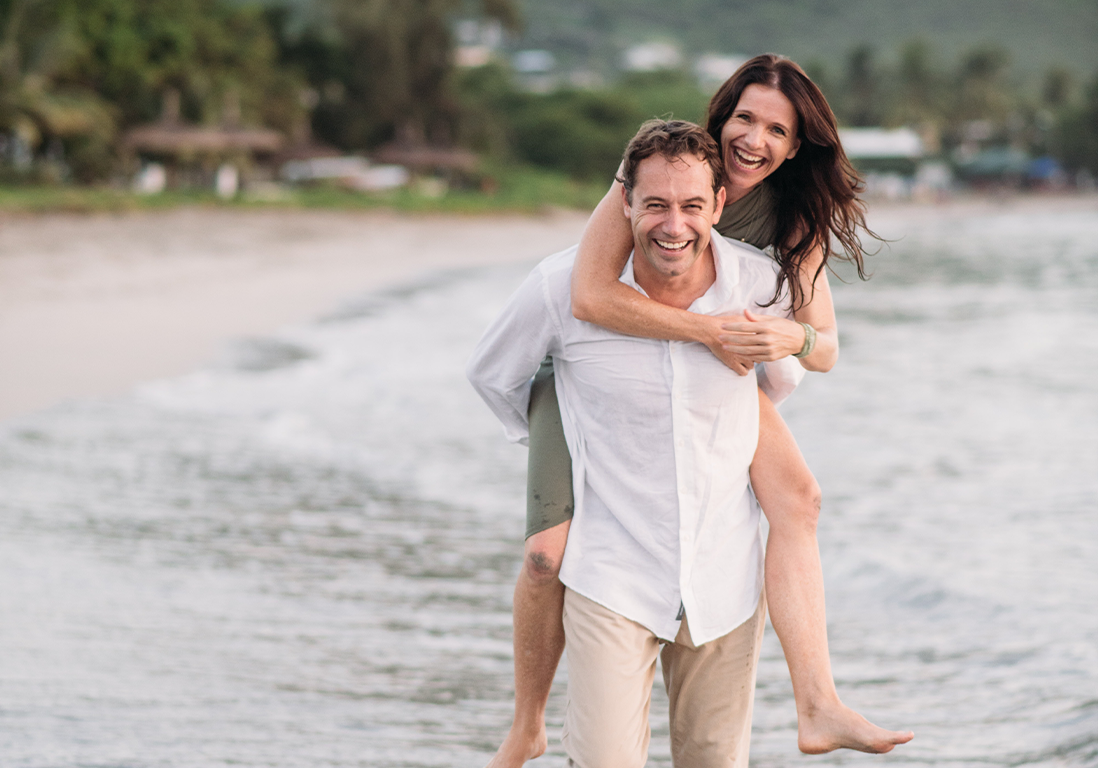 I first heard about AAB Wealth back in 2014 when my wife Karen and I were thinking about what we should do with some money we’d come into from selling shares in the company I worked for.

We Googled ‘financial investment companies’ and AAB Wealth was one of names that came up. They had a very good rating and really good reviews, and so we organised a meeting straightaway.

We met Andy and had a long chat with him about the services they offered. They inspired a lot of confidence in us that AAB Wealth could give us the right advice about what to do.

This was the first time we’d sought out professional advice before – prior to that we tended to rely on our bank, but we realised that they’d only offer us investments they had a vested interested in, and we wanted a more independent view.

Also, this was the first time we had a serious sum of money to consider.

I’d sold a small share in a business, which generated come capital, but we really didn’t have a clue about what to do with it. We were very apprehensive and wanted to take our time before making a decision.

We took couple of months, and in the meantime the bank was bending our ears about what they could do for us. This was very different to AAB’s approach – they didn’t pressurise us at all.

I’m an engineer and I’ve worked hard all my life. I’ve never had a large amount of spare cash, raising four daughters, and so I didn’t know anything about investing money.

But what I liked about AAB Wealth was that they spent a lot of time explaining things to us. I told them at the start that I’d be asking a lot of stupid questions! But they never made me feel that way. They took care to educate and engage us with what we needed to know. For example, explaining how bonds work, how stocks and shares work and how these balance between the controls the risk we would take. They described what risks were involved and explained that growth would take time initially.

We knew that we were small fry compared to their other clients, but they never made us feel that way. We liked the team approach and the interaction we had with everyone. It was important that we were able to build a really strong rapport with them.

The biggest thing with financial advice is trust, but trusting people takes time – you have to have the chance to build that up with people, which is exactly what happened.

We’ve always been clear that we weren’t interested in making a whole lot of money, the main objective for us is that our money is protected.

At the start of the pandemic our portfolio dropped quite considerably but Andy contacted us to explain that this would be temporary, and that if we wanted to take our money out at the at point, it would be absolutely fine to.

He then explained why we’d be better off not doing that – he knew I have a love of spreadsheets and graphs – and so he showed me how markets have traditionally performed over the last 100 years. His words were “After every fall there is a rise”. He asked us to focus on what we can control – which is certainly not the stock market – and what happens over short periods.

I really appreciated the work he put into explaining that because this is the money we have to live on for the rest of our life, and we were starting to panic a bit. But he was clear, calm and left it to us to make the ultimate decision. And true enough, the market recovered, and he actually saved us over £200k, which is the amount that we would have missed out on through growth by holding the money in cash.

Another good piece of advice Andy gave us about three years ago now was about passing money to our daughters and grandchildren. We weren’t sure about how to approach this, but Andy talked us through the options and the tax implications, and how this affected Inheritance Tax in particular, and made everything seem clear and simple.

What I like most about working with AAB Wealth is that they’re down to earth. In fact, the most refreshing thing about them is that they keep telling us to spend our money – which isn’t what you’d expect! Now we feel comfortable doing things like buying a new car or travelling to Australia – when we can – to see our daughter who lives there.

Working with Andy is easy. I always feel like if we have any doubts, I can give him a ring and he always calls back that same day, which is enormously comforting.

Andy always personalises his advice too. We often ask him what he’d do in our position, and we know he’ll answer honestly because he has our best interests at heart.

Just knowing there’s someone at the end of the phone is great; you might not always get the answer you want, because AAB Wealth can’t change the markets, but we know that they’re there, taking care of us – almost like having a safety blanket.

We definitely did the right thing, choosing them.