Investing is uncertain. But markets never stay down for long

Experienced investors are always at pains to point out they don’t have a crystal ball. And maybe that’s a good thing. Why? Let’s think back 25 years ago. Mid-1997 and, in the UK at least, the economy was looking relatively... Read more 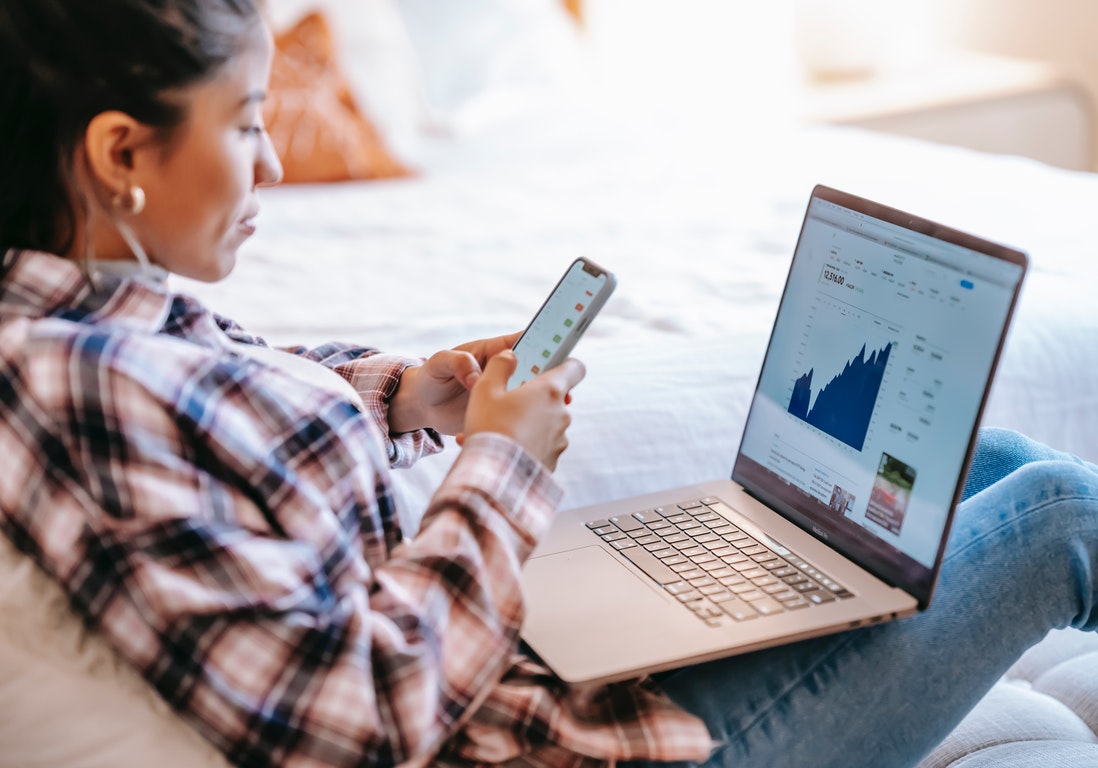 Experienced investors are always at pains to point out they don’t have a crystal ball.

And maybe that’s a good thing.

Why? Let’s think back 25 years ago. Mid-1997 and, in the UK at least, the economy was looking relatively healthy; Britain had just won the Eurovision Song Contest and the country had just elected a new government on the back of the optimistic campaign slogan: “Things can only get better”.

But imagine you’re an investor back then and you get a glimpse of what’s to come. You might not think the picture too rosy: in just a few months’ time, economic problems in Asia would spark fear of worldwide economic collapse – this would pale in comparison to the Global Financial Crisis (GFC) a decade later.

Along the way there are a list of events that will leave the market reeling – the dotcom bubble bursting, the September 11 terrorist attacks, a decade of ‘stagnation’ in Europe followed by Brexit, the Covid pandemic and, most recently, Russia’s invasion of Ukraine.

Knowing all of that, would you invest?

For every negative, there’s a positive around the corner

Of course, back to the present day, and we know now how things have panned out.

Even with all that uncertainty, markets have continued to climb to new highs. Those who invested wisely and willing to go the distance are likely to have seen their savings grow.

Take a look at a big financial index like the MSCI All Countries World Index (ACWI). Here, big European companies such as Nestle rub shoulders with US corporations such as Apple and emerging market giants like Taiwan Semiconductor. According to a research tool from investment app Curvo, investing the MSCI ACWI would see your investment grow more than four times between July 1997 and July 2022.[1]

And we can see elsewhere that this is no accident.

The FTSE All Share, made up of large and medium-sized UK-listed companies, has also had notable dips in performance around large global events such as the GFC and Covid-19. But it too has continued to rise – it’s doubled since the early 2000s. And looking back at the annual returns for the world’s oldest stock index, the Dow Jones, since the turn of the last century, returns have only been in the red for about a third of the time.

For every negative ‘surprise’ experienced by the market, there are usually positives to follow that spur it on to greater heights. 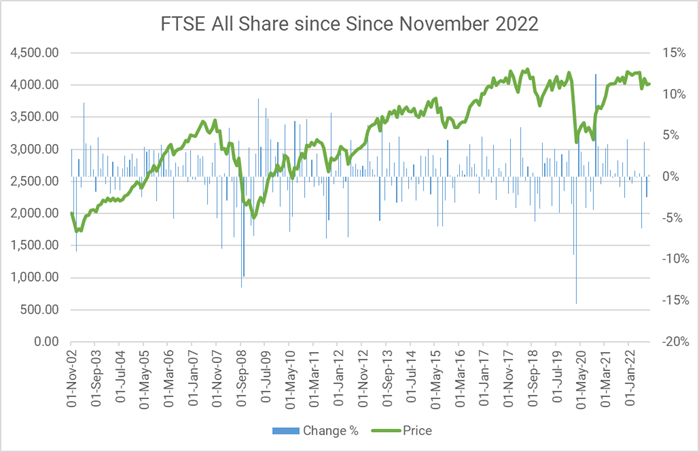 Annual returns of the Dow Jones since 1900

So, what does all this tell us?

If anything, it’s a reminder that even though we’re in a period of what seems like extreme uncertainty, many of these events are only damaging in the short term. While we still have to pay close attention to challenges from the Russia/Ukraine conflict, rising energy costs and the threat of global recession, they’re not a reason to lose focus on our investments.

The key is investing wisely. Making sure you’re diversified across markets, with a balance between companies in developed and emerging economies; not overly focused on one specific sector; and considering important external such as environmental, social and governance factors.

We can’t tell precisely what happens next, but investing isn’t about trying to predict the future. What we do know from previous experience is that markets don’t stay down forever. Even with the myriad of risks currently on the horizon, we can be confident that a recovery will happen.

[1] Past performance does not guarantee future returns. Calculation from Curvo based on Lyxor MSCI All Country World UCITS ETF Acc (USD) over a simulation period July 1997 to July 2022 and does not include transaction fees or management fees. The information is for illustration only and should not be considered as financial advice or recommendation.