Aberdeen Chamber Orchestra was founded in 1982 by a group of friends who had known each other at school and university in the city. Their aim was to promote small-scale concerts for the enjoyment of friends and relatives. Going from strength... Read more 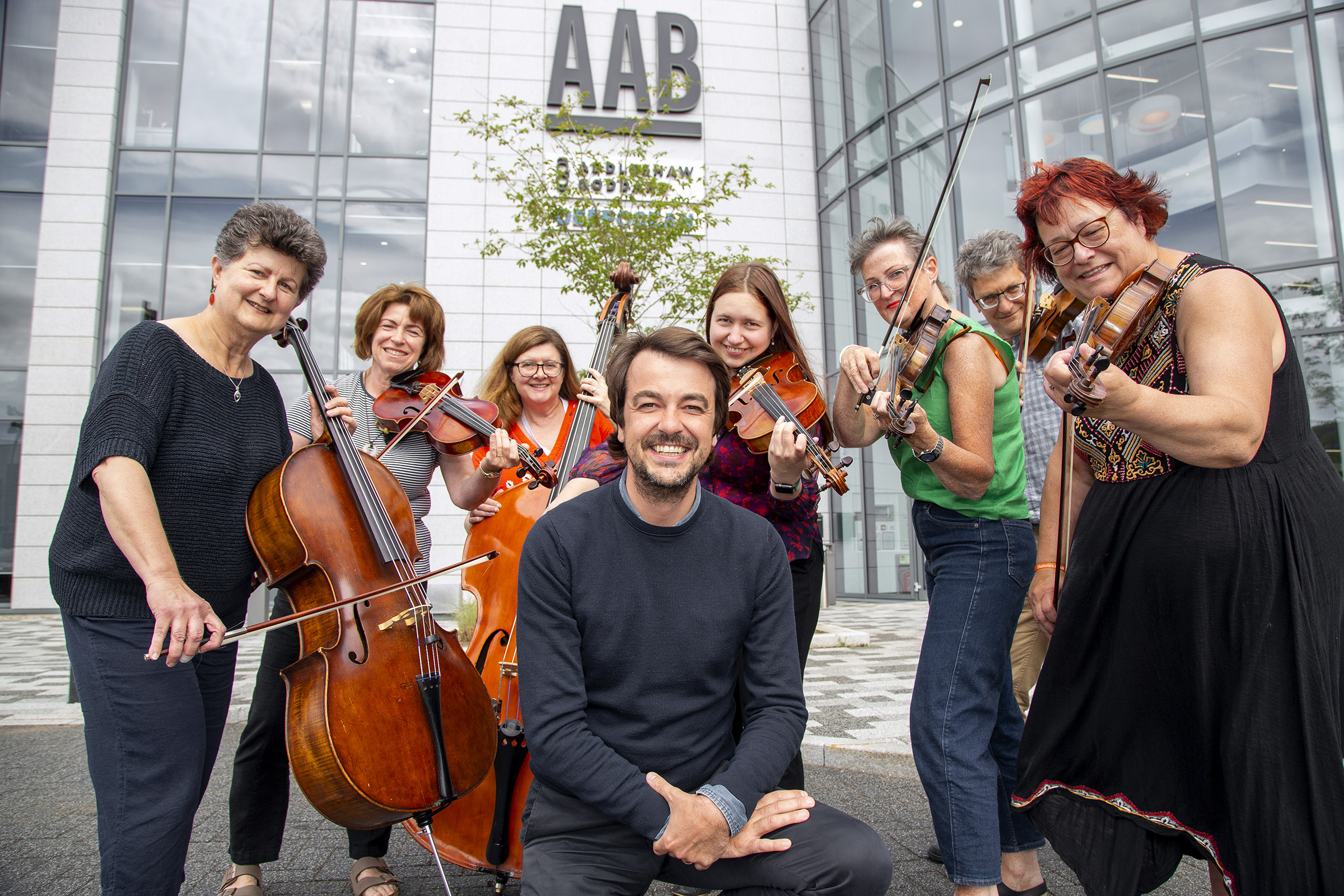 This Saturday, 25th June, at the Music Hall, the ACO will be celebrating their 40th anniversary by performing a concert with favourite prom’s music including Star Wars, Nimrod, Jupiter and The Blue Danube. They will be sharing the 40th anniversary of ET and will also be playing Crown Imperial to celebrate Her Majesty, the Queen’s Platinum Jubilee. The ACO will also be proudly playing the Ukrainian National Anthem and Plyve Kacha featuring Ukrainian musician, Nataliia Naismith.

At AAB Wealth we are always looking for ways to support the communities and we are delighted to be able to play a small part in supporting the Aberdeen City Orchestra to bring this performance to a wider audience.

“We wouldn’t have been able to invite over 90 refugees and their sponsors to attend this concert without the fantastic support from AAB Wealth. It has been 6 years since we last performed at the Music Hall so it will be a truly special night for the 100 strong orchestra to be back performing.”

“We are delighted to support this event to enable more people to enjoy the performance who may have not been able to attend otherwise. The connection from Ukrainian violinist Nataliia is particularly fitting, and we know everyone attending will be in for a fantastic evening from these wonderful musicians.”

There are still tickets available for the 40th anniversary concert, find out more here.